A fantastic adventure which allows you to cross Sicily on horseback, from the north to the south coast. This trail offers unparalleled immersion in Sicily’s complex history and agricultural heritage, its magic and its legends.

This trail is suitable for intermediate and experienced riders. All participants should be confident and comfortable at all three paces riding over varied and rough terrain and they should have experience in hacking out in the open. Good level of fitness is required as there may be long trots and gallops along the way, riding between 6 and 8 hours each day.

You will be guided by Alex who is a true expert of Sicilian culture, history, biodiversity and natural wonders. He has guided trails through the island for more than ten years and will guide you safely through the most remote parts of Sicily.

Maximum number of riders in a group is 10.

The horses are Sicilian native breeds crossed with Arabs. All bred in Sicily. They live out all year round in a herd environment and are hardy and sure footed on the rough terrain. All horses are trained to be obedient, well-behaved, energetic and forward going.

The saddles used are light weight and English style with a sheepskin cover to add some extra comfort. Bridles are special trail riding bridles. Small saddlebags are provided for items such as water bottles, sun cream and extra layers.

Guests are not required to groom and tack up the horses. 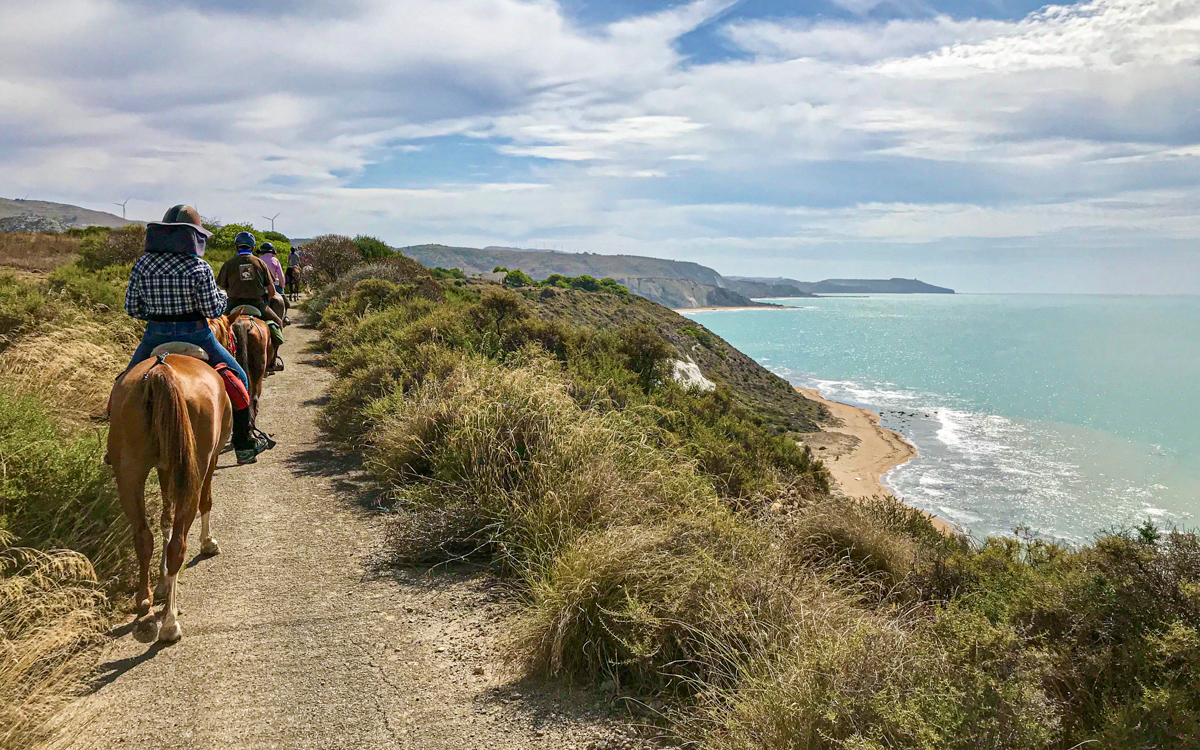 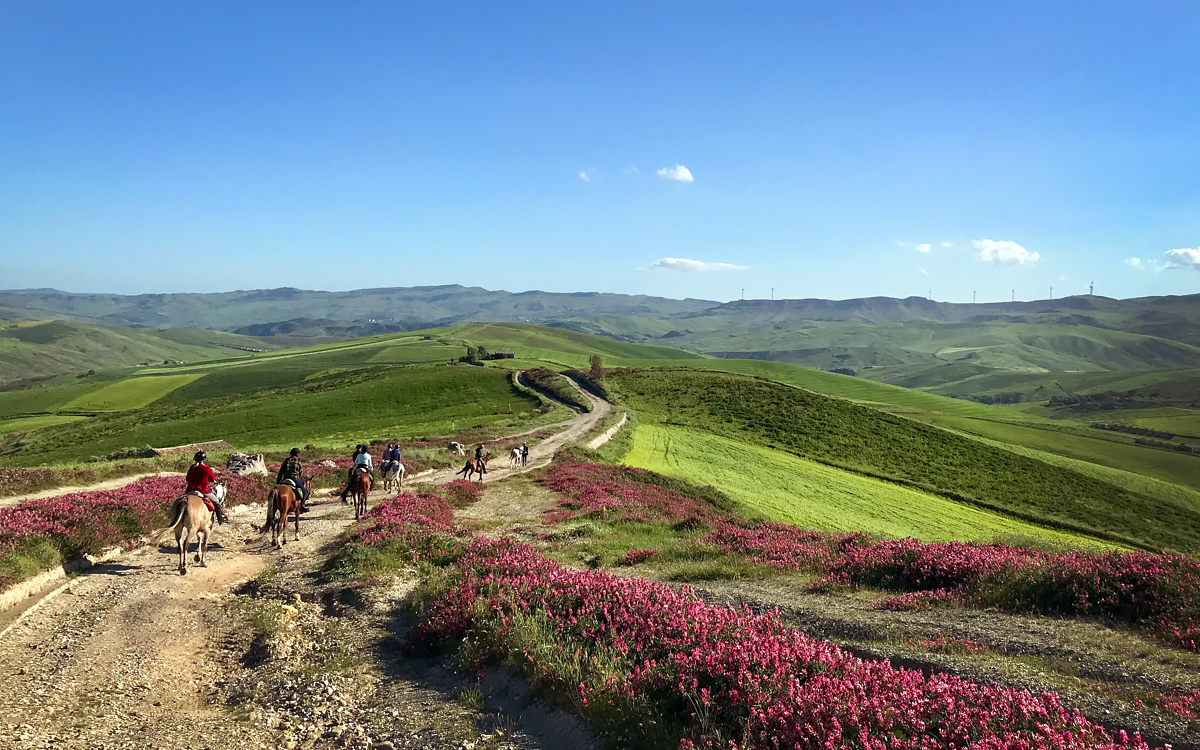 Accommodation during the trail will be in Agriturismi, B&B or good quality hotels. Luggage will be transferred by car between the overnight stops.

Evening meals consist of authentic Sicilian cuisine prepared with local produce. A typical evening meal will include a variety of starters, a pasta course, a meat/main course, dessert, wine, water and a digestif. Picnic lunches are provided by the support vehicle and include fresh bread, salads, cheeses, olives, charcuterie, Sicilian specialities, wine or other drinks on request, coffee or tea. Special diets and allergies can be catered for with advance notice.

Get a free Coast to Coast mini-brochure in PDF format. 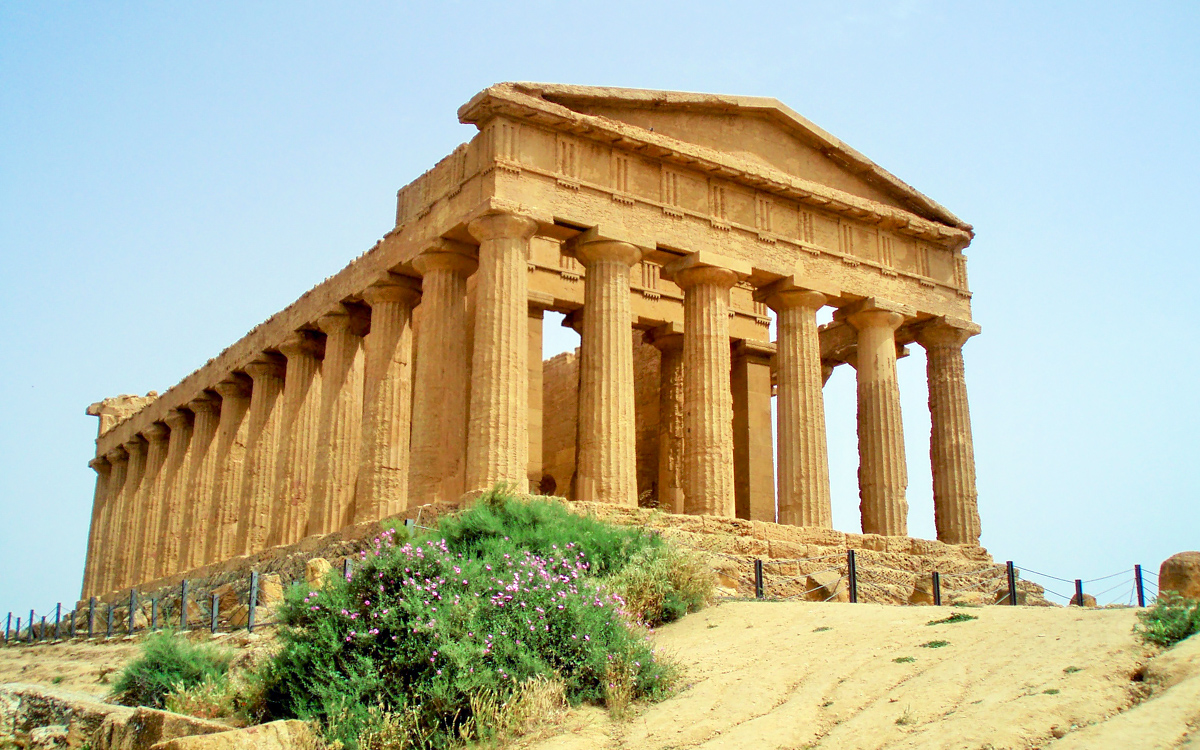 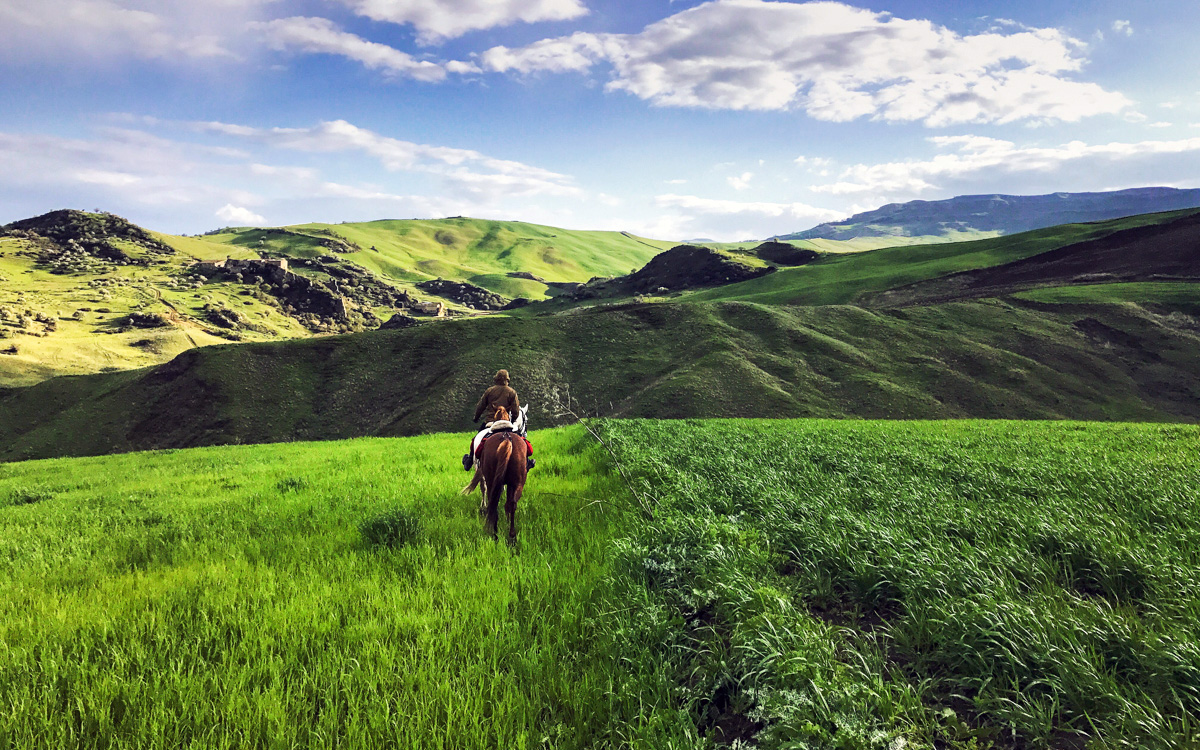 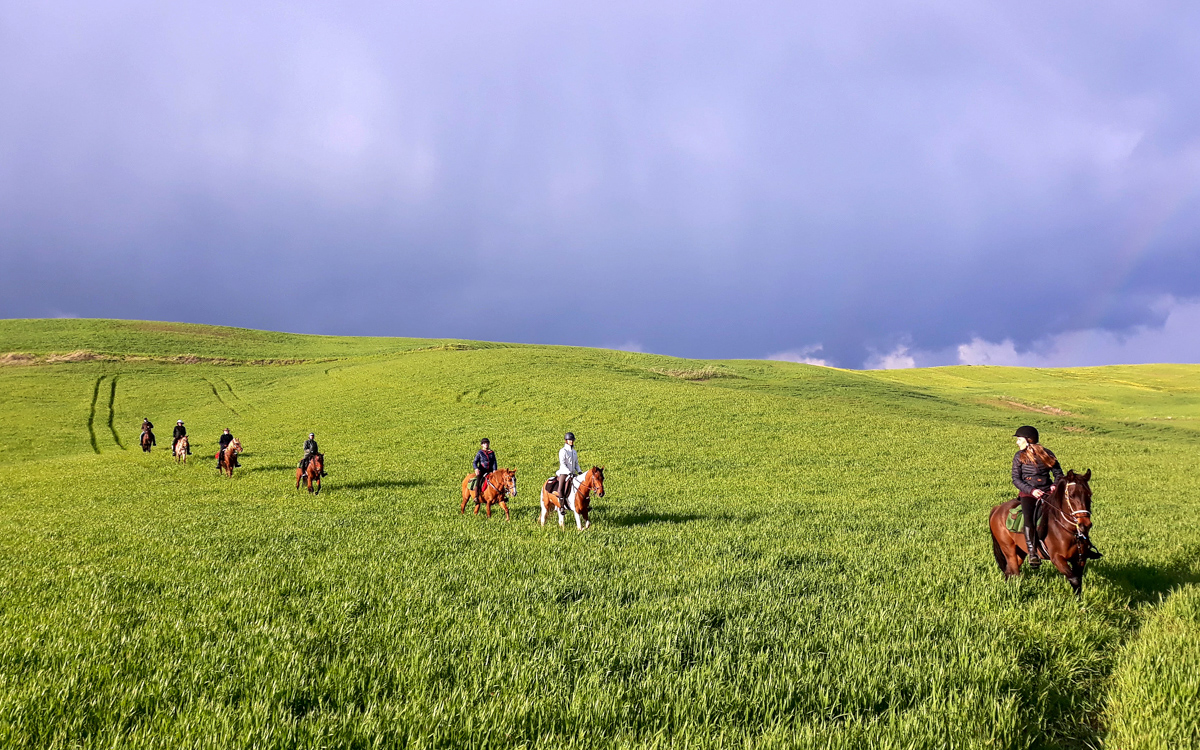 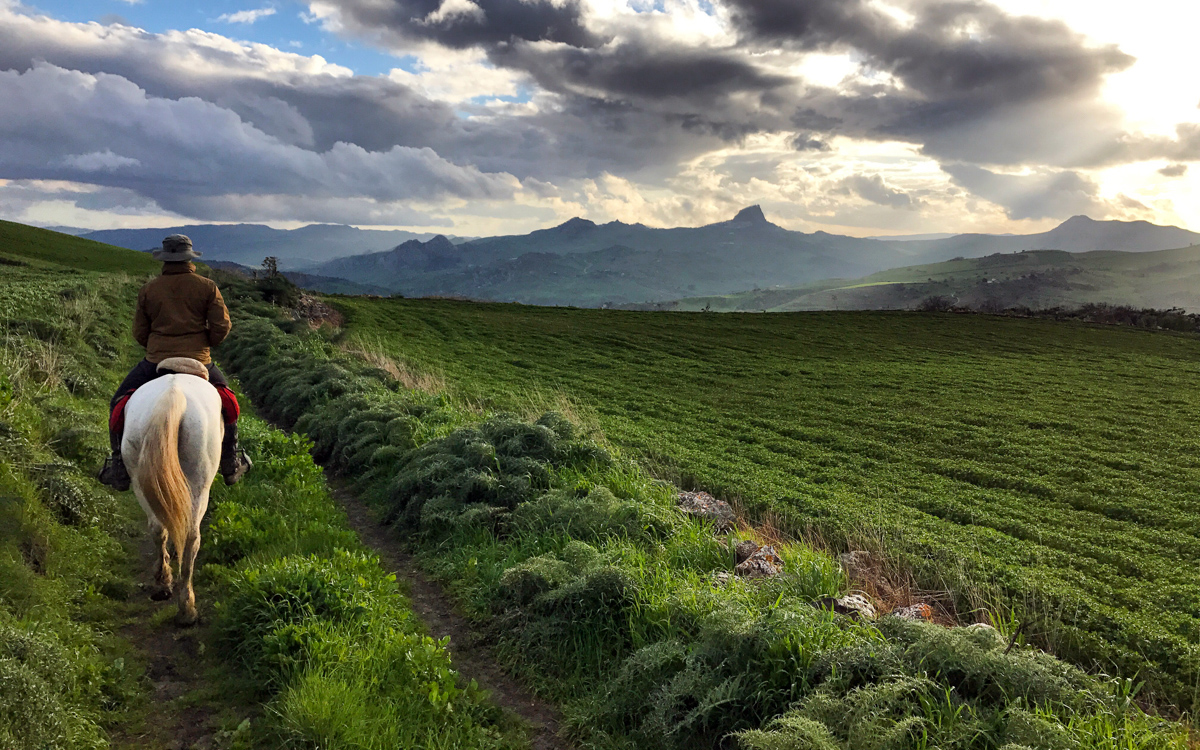 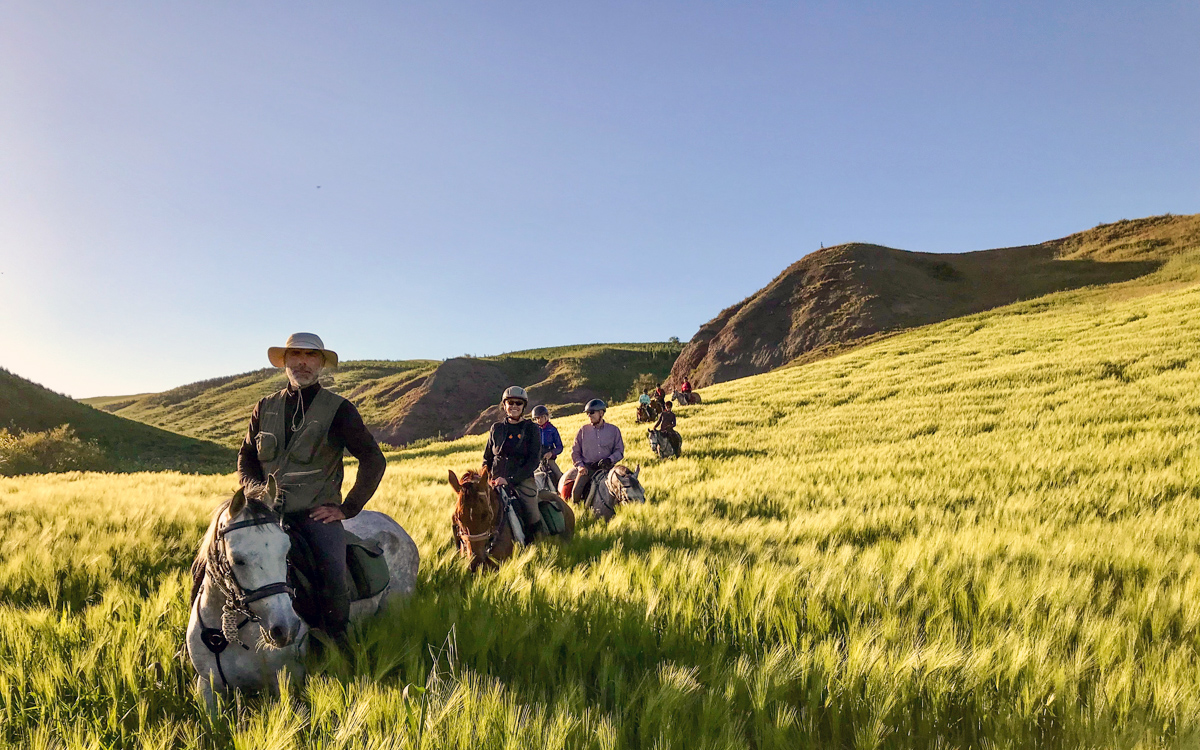 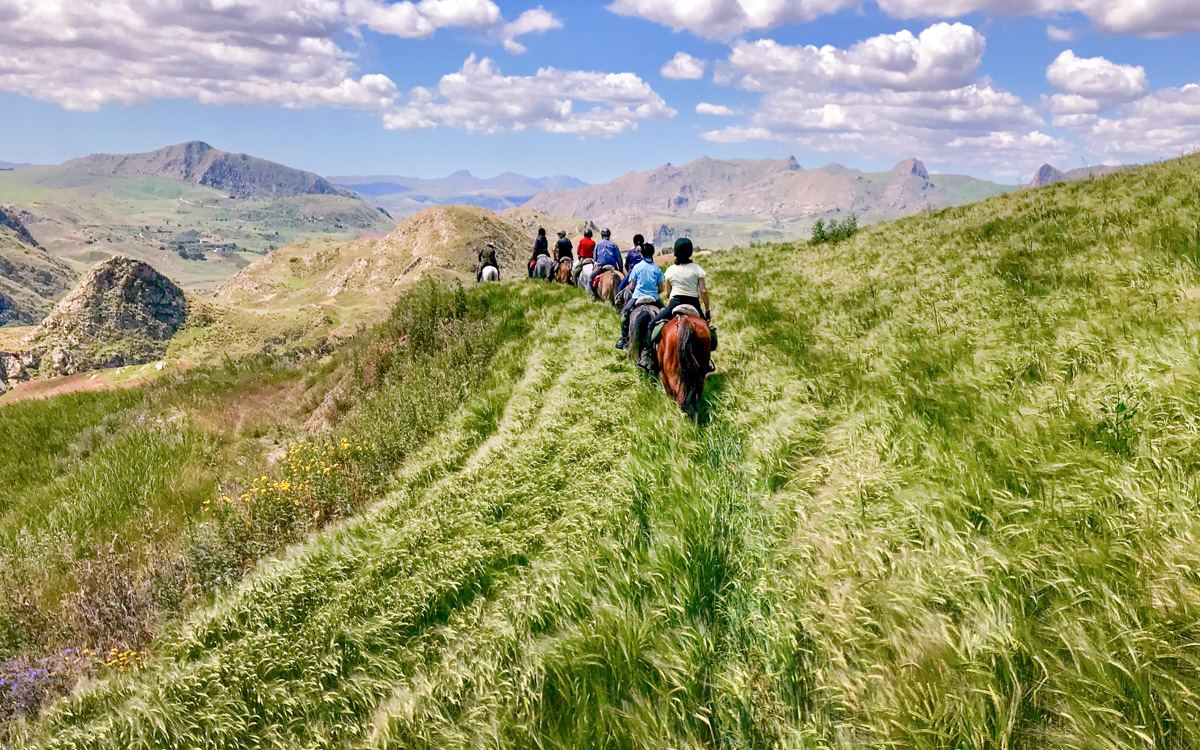 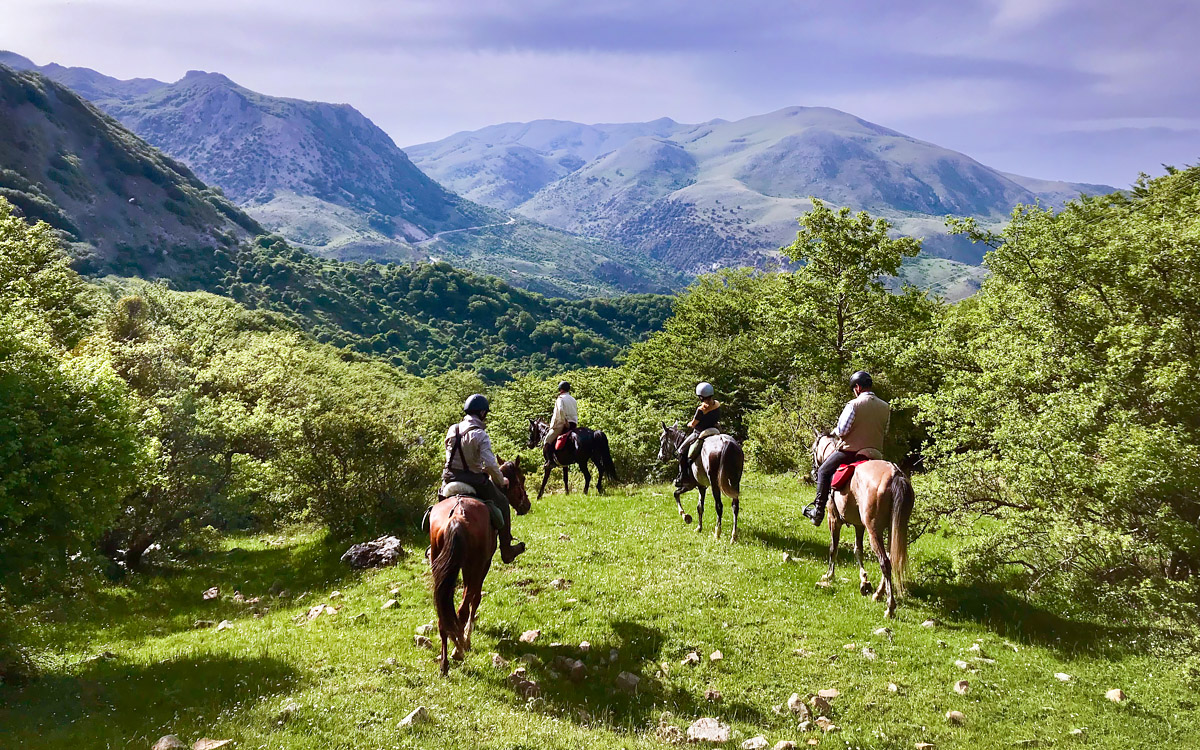 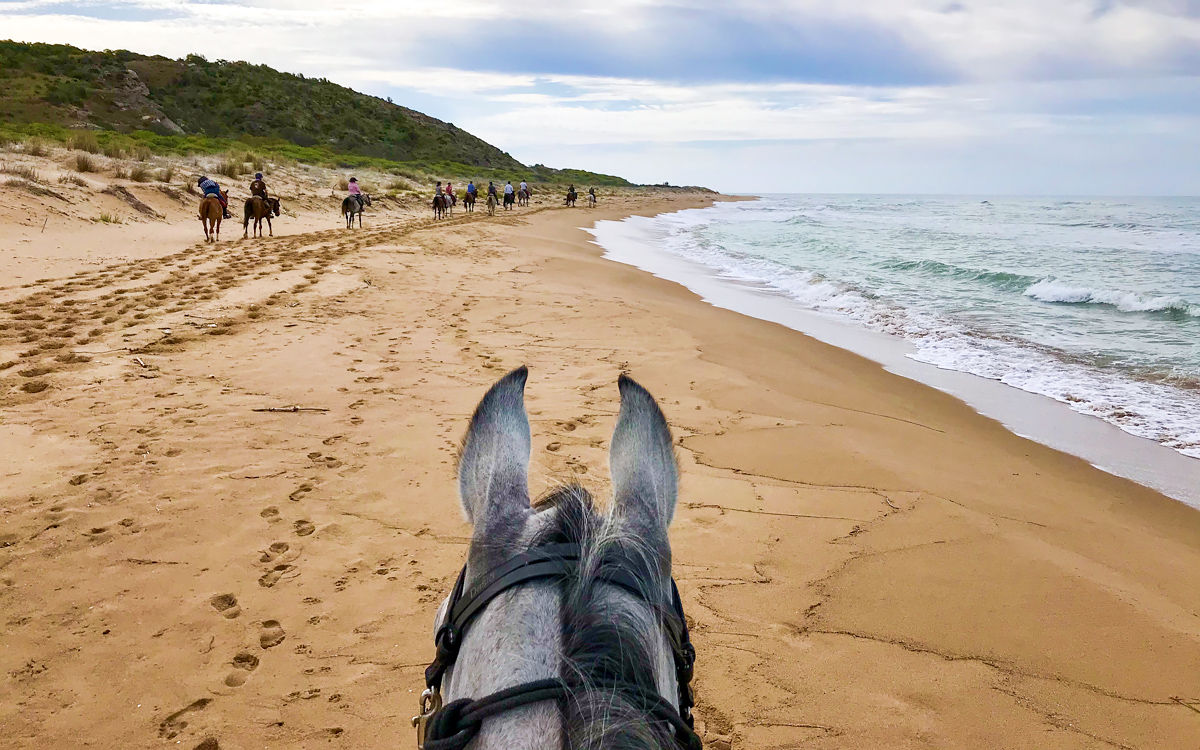 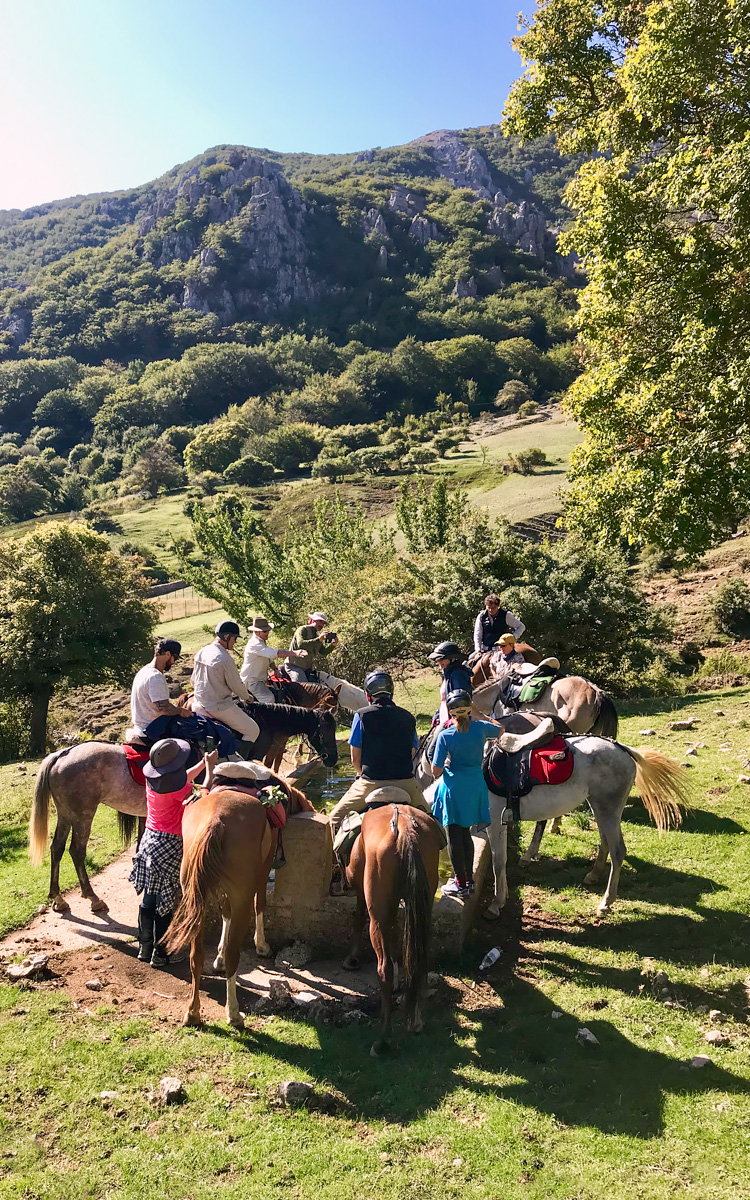 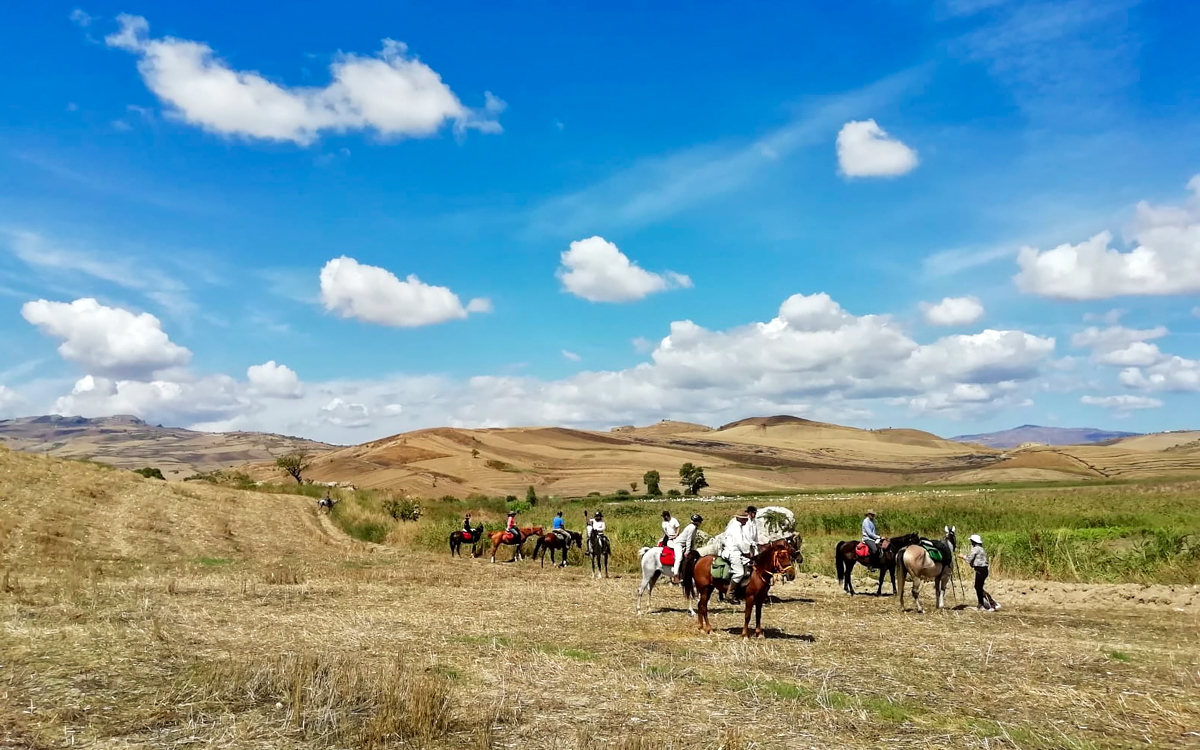 Airport transfers to/from Palermo airport are included in the holiday. Pick-up times on the first day of your holiday will be confirmed after the booking has been made.

Payment & Cancellation Terms
Holidays are confirmed with 20% non-refundable deposit. The full balance is due 56 days before start date.

Insurance
All SaddleTravel.com customers are required to take out appropriate travel insurance that covers horse riding and holiday cancellation. Proof of insurance details will be required during the booking process.